Have you thought about creating a bucket list for the UK, of places you have always wanted to visit and see? The UK has a lot to offer, and there are plenty of incredible things to do and places to see. We've put together a UK bucket list of ideas for you to do which are located near our hotels. 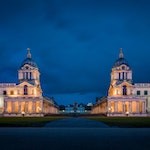 One of four Unesco World Heritage Sites in London – the others being the Tower of London, the Palace of Westminster and Westminster Abbey, and Kew’s Royal Botanic Gardens – Maritime Greenwich is a must-see for many reasons, but especially the twin domes of the Old Royal Naval College, and its Painted Hall, a Baroque masterpiece by Sir James Thornhill. You’ll also be able to enjoy wide-ranging views of London up on the hill and see where every time zone starts on the meridian line at the Royal Observatory. 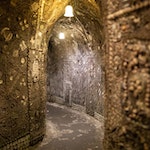 Margate has been attracting art lovers – along with seaside thrillseekers flocking to Dreamland’s retro roller coasters – ever since the Turner Contemporary opened a decade ago. But it’s the Shell Grotto – all mosaic-lined, 2,000 square feet, 4.6 million shells and underground tunnels of it – that really sparks the imagination, especially since no one really knows who built it or why (some think it’s a sect’s secret meeting place, others an ancient pagan temple or a Regency folly). It was discovered in 1835 and visitors have been descending the chalk steps to see it for themselves ever since. 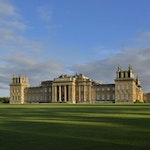 The birthplace of Winston Churchill, the seat of the Duke of Marlborough and a fine example of the fleeting style of English Baroque – the Vanbrugh-designed Blenheim Palace has a well-earned place in Britain’s list of most-visited attractions. It’s all on such a scale that words like ‘great’ are needed as prefixes to most areas: there’s the Great Courtyard, the Grand Bridge, the Great Hall, the Long Library, etc. You’d need a serious budget to hire it as a wedding venue, but at least day trips are possible. 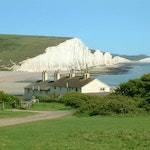 An iconic site, the Seven Sisters are a series of chalk cliffs situated in the South Downs National Park. To take in the beautiful landscapes and sea views, hike one of the many available trails. There are a number of stunning view points, with the most popular being Beachy Head.

Hiking aside, you can also go paddleboarding in the Seven Sisters Country Park, or simply relax on the beach. Seven Sisters is the epitome of rural England with its idyllic countryside and charming villages.

Learn How The Harry Potter Films Were Made 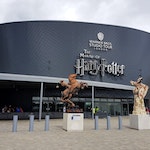 A magical day out at the Warner Bros Studio Tour, take a step into the Wizarding World of Harry Potter and learn how the popular films were made. Explore the iconic sets and find out how they made the magic come to life. Open the doors to The Great Hall, explore the Forbidden Forest, and wander down Diagon Alley.

See the incredible costumes and discover the extensive collection of expertly crafted props – from the Sorting Hat to the broomsticks. Find out how the special and visual effects teams made the characters fly, and how the art department created the jaw-dropping sets. 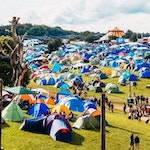 The Leeds and Reading Festivals are a pair of annual music festivals that take place simultaneously on the Friday, Saturday and Sunday of the August bank holiday weekend. The Leeds event is held at Bramham Park, near Wetherby, in the grounds of a historic house. Headlined by the world’s best pop and rock artists, it is a major music event in British culture. 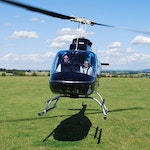 Have you ever wanted to take a flight in a helicopter? There are locations all over the UK that offer this experience. Central Helicopters have flights over the city of Nottingham and the nearby countryside, as well as flights over Skegness, along the coast and beaches.

Be A Racing driver For The Day 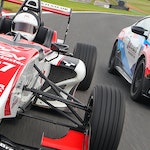 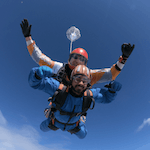 Ever wished you could fly like a bird or superman, then skydiving might be the closest you can get to the feeling. There are many places across the UK that offer tandem skydiving experiences, including Sky High Skydiving near Durham. Join them for the highest skydive in the UK from 15,000 feet and free fall at 120mph before deploying your parachute and gently descending for a soft touchdown in front of friends and family.