As Tequila and its popularity continues to grow, we take a closer look at what it is with some interesting facts, as well as taking a look at the different types of Tequila and the best Tequila to try.

Become a Tequila Aficionados with these interesting facts

We’ve put together the most interesting facts about tequila below.

Tequila has an appellation of origin.

Like champagne, cognac, and some fine wines, tequila can only be produced in five regions in Mexico—Guanajuato, Michoacán, Nayarit, Tamaulipas, and Jalisco, though far and away the largest producer is Jalisco.

It must be made from the blue agave plant.

To be classified as tequila, a spirit must be at least 51% derived from blue agave (with the rest made up from another neutral spirit), though many brands today up the ante and use 100 percent blue agave. As a general rule of thumb mixed tequilas made with a lower percentage of agave are typically cheaper.

The agave harvest is a labour of love—and time.

Agave tequilana weber, or blue agave plants, take between 8 and 12 years to harvest and can grow as much as 7 feet tall.

The agave plant is not a cactus.

Despite its spiky appearance, agave actually belongs to the Agavoideae family, which is a succulent closely related to the lily plant. In Latin, agave means illustrious, admirable, and noble.

Only the agave heart is used to make tequila.

The hearts of the plant, also known as the piñas, are cut out, cooked, ground down, and fermented to make tequila. That means that unlike fruit-based beverages like wine, which can be harvested seasonally and regrow from the same plant, the agave plant is used up after it is harvested and a new one must be grown from scratch.

People have been enjoying tequila for a long time.

Tequila's predecessor, called “pulque,” was imbibed as early as 150 B.C. by the inhabitants of ancient Teotihuacan, a civilization that pre-dates the Aztecs. Scientists believe it was an important part of their diet.

As with wine, the soil can influence the taste of tequila.

The type of soil agave is grown in has a large impact on the flavour of tequila. Broadly speaking, tequilas from the Highlands (Los Altos) often have grassier and sometimes sweeter flavour profiles, while those from the Lowland (El Valle) can have an earthier, more mineral quality.

There are five official classifications of tequila.

Blanco, also known as Silver tequila, and Joven aka Gold, are the youngest varieties and are typically unaged or sometimes "rested" for a month or two to help smooth the bite of the liquor—you may see these rested tequilas marketed as Suave. Jovens are generally blended, either with aged tequilas or merely with colourants and sweeteners to achieve their "gold" shade; they are most commonly used in making cocktails.

Of the aged styles, Reposado tequilas have the least ageing, with the spirit resting in barrels for anywhere from two months to a year; Añejo, in turn, is aged from 1 to 3 years, and Extra Añejo (a relatively new classification that was introduced in the mid-2000s) ages for a minimum of 3 years.

A margarita a day could keep the doctor away.

During the 1918 Spanish flu epidemic, patients were instructed to drink tequila with lime and salt to ease their symptoms. Today, tequila isn't considered a cure, but might still help soothe sore throats, ease congestion and aid with sleep.

Which Tequila should you try?

While tequila has a slightly messy reputation, the best tequila brands are actually very good, you simply need to know what to drink and how to drink it.

The type you choose depends on your personal taste and, sometimes, what kind of drink you’re trying to whip up.  Different types of tequila do suit different purposes and different tastes, so the best tequila brand really does depend on whether you’re drinking it in a cocktail or neat, and what type of flavour you’re looking for. 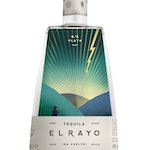 A new brand that is set on moving tequila away from the sombreros and salsa image it’s had in the past, El Rayo is the kind of tequila that is best enjoyed with tonic in a quiet bar. Distilled using a unique blend of highland and lowland agave, both their blanco and reposado tequilas are light and refreshing. 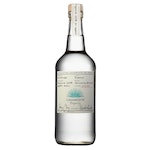 With a seal of approval from co-founder George Clooney, it’s hard to go wrong with a bottle of Casamigos tequila. Produced in the Jalisco region of Mexico, Casamigos is a smooth tequila that's perfect for drinking straight or for mixing into cocktails and margaritas. Launched by Clooney, Rande Gerber and Mike Meldman as the result of their mission to create the best tequila, it stands up to their claims pretty well and has a sharp flavour. The brand produces three tequilas (blanco, reposado and añejo) all of which are made from 100 percent blue Weber agave 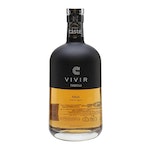 Made with 100 percent blue Weber agave from Jalisco, Vivir tequila’s production process involves cooking the agave with natural volcanic water at the brand’s distillery, a method that pays homage to traditional tequila-making principles. For the añejo version, the tequila is aged for 18 months in American oak casks leading to a smoky, strong flavour that is perfect for whiling away long evenings. Just as good neat as it is in a cocktail 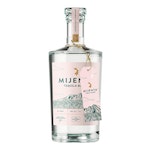 It’s always a plus when a really good product also does good at the same time, which is what you get when you purchase a bottle of Mjenta tequila. Prioritising creating a tequila that supports and benefits the local community in the Jalisco region where it’s produced, while also maintaining a commitment to environmental sustainability, Mijenta is a new brand setting a strong example for how things can, and should, be done. Made from 100 percent agave, this tequila blanco has a silky smooth taste, while the paper-related components of the product are made from agave waste or packaging produced in Mexico. The agave itself is harvested with no pesticides, using environmentally friendly, energy-efficient methods 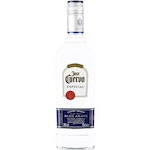 Jose Cuervo is one of the most widely known tequila brands on the market. It’s a classic, and for good reason. Produced, of course, with blue agave, the blanco tequila is unaged and makes the perfect addition to any cocktail and the dream base of any margarita. Both sweet and strong, with a note of spice, it’s a crisp tequila. 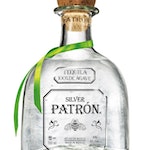 The perfect base for a margarita, Patrón’s Silver tequila is crisp, citrusy and renowned as one of the best tequilas on the market for a reason. If you’re looking for a crystal-clear spirit that retains the authentic flavours of agave, you’d be hard pressed to find one much better than this. 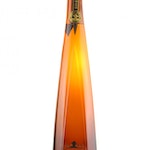 An añejo tequila that proves good things do come to those who wait, Don Julio 1942 has a creamy taste that also makes it perfect for sipping either on its own or with tonic. Each bottle is aged for at least two years in American white-oak barrels, infusing it with sweet notes of vanilla, caramel and tropical fruits for a truly exceptional tequila.