With World Book Day on the 4th March, we take a look at the top fiction books from the last year. 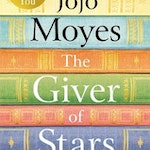 The Giver of Stars by JoJo Moyes
Based upon a true story, from the author of Me Before You, spins an inspiring tale of companionship and determination during the dog days of the Great Depression.  Alice Wright doesn't love her new American husband. Nor her domineering father-in-law or the judgmental townsfolk of Baileyville, Kentucky. Stifled and misunderstood, she yearns for escape and finds it in defiant Margery O'Hare and the sisterhood bringing books to the isolated and vulnerable. 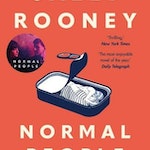 Normal People by Sally Rooney
Sally Rooney’s Normal People follows the intersecting story of Marianne and Connell as they navigate the changing landscape of their relationship into adulthood. Marianne is the young, affluent, intellectual wallflower; Connell is the boy everyone likes, shadowed by his family’s reputation and poverty. Unlikely friends, and later lovers, their small town beginnings in rural Ireland are swiftly eclipsed by the heady worlds of student Dublin. 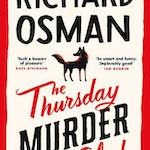 The Thursday Murder Club by Richard Osman
In a peaceful retirement village, four unlikely friends meet up once a week to investigate unsolved killings. But when a local property developer shows up dead, 'The Thursday Murder Club' find themselves in the middle of their first live case. The four friends, Elizabeth, Joyce, Ibrahim and Ron, might be octogenarians, but they still have a few tricks up their sleeves. Can our unorthodox but brilliant gang catch the killer, before it's too late? 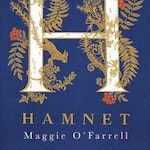 Hamnet by Maggie O'Farrell
Hamnet is the heart-stopping story behind Shakespeare's most famous play. On a summer's day in 1596, a young girl in Stratford-upon-Avon takes to her bed with a fever. Her twin brother, Hamnet, searches everywhere for help. Why is nobody at home? Their mother, Agnes, is over a mile away, in the garden where she grows medicinal herbs. Their father is working in London. Neither parent knows that one of the children will not survive the week. 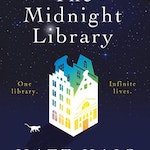 The Midnight Library by Matt Haig
Between life and death there is a library. When Nora Seed finds herself in the Midnight Library, she has a chance to make things right. Up until now, her life has been full of misery and regret. She feels she has let everyone down, including herself. But things are about to change. 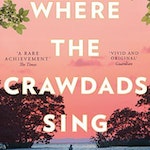 Where the crawdads sing by Delia Owens
For years, rumors of the "Marsh Girl" have haunted Barkley Cove, a quiet town on the North Carolina coast. So in late 1969, when handsome Chase Andrews is found dead, the locals immediately suspect Kya Clark, the so-called Marsh Girl. But Kya is not what they say. 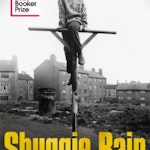 Shuggie Bain by Douglas Stuart
Widely applauded for bringing the realities of working-class lives to the fore, and recognised by the Booker Prize for its astounding literary writing, Shuggie Bain is a devastating story of love and addiction, tragedy and hope. It is 1981. Glasgow is dying and good families must grift to survive. Agnes Bain has always expected more from life. She dreams of greater things: a house with its own front door and a life bought and paid for outright. But Agnes is abandoned by her philandering husband, and soon she and her three children find themselves trapped in a decimated mining town. 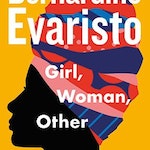 Girl, Woman, Other by Bernardine Evaristo
Girl, Woman, Other follows the lives and struggles of twelve very different characters. Mostly women, black and British, they tell the stories of their families, friends and lovers, across the country and through the years. Joyfully polyphonic and vibrantly contemporary, this is a gloriously new kind of history, a novel of our times: celebratory, ever-dynamic and utterly irresistible. 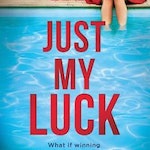 Just My Luck by Adele Parks
For fifteen years, Lexi and Jake have played the same six numbers with their friends, the Pearsons and the Heathcotes. Over dinner parties, fish & chip suppers and summer barbecues, they've discussed the important stuff - the kids, marriages, jobs and houses - and they've laughed off their disappointment when they failed to win anything more than a tenner. But then, one Saturday night, the unthinkable happens. There's a rift in the group. Someone doesn't tell the truth. And soon after, six numbers come up which change everything forever. 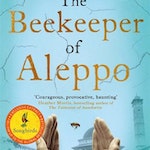 The Beekeeper of Aleppo by Christy Lefteri
In the midst of war, he found love In the midst of darkness, he found courage In the midst of tragedy, he found hope. Nuri is a beekeeper; his wife, Afra, an artist. They live a simple life, rich in family and friends, in the beautiful Syrian city of Aleppo - until the unthinkable happens. When all they care for is destroyed by war, they are forced to escape.